Nintendo Wins Another Patent Case, This Time on Mii's

Nintendo Wins Another Patent Case, This Time on Mii's

Image Pokectmeta Mii's Do Not Violate Law Enforcement Program. A Federal Appeals Court ruled last month that Nintendo was not in patent violation as stated by RecogniCorp, LLC; and that such lawsuit should have never been granted in the first place. The original lawsuit was filed in 2011 and stated that Nintendo's Mii Creator program used the same techniques used by RecogniGroup's program, which law enforcement agencies use to create sketches of suspects. This is just another 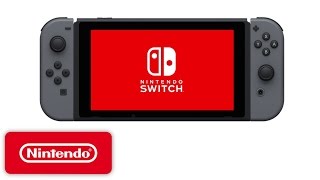 Nintendo Releases Video on How to Set Up Switch

In case you don't like to read instructions. Nintendo released today in its youtube channel a guide on how to set up the Nintendo Switch for the first time. The video is barely a minute and 40 seconds long. Personally, just like the unboxing videos for the Switch and Breath of the Wild, I'm skipping this quick tutorial in favor of experiencing it on my own for the first time. Did you find it helpful? Let us know in the comments below. #Nintendo #NintendoSwitch

Breath of the Wild and Nintendo Switch: A Legend Five Years in the Making

Console was Part of a Small Number of Stolen Units Early this week, a NeoGaf user posted a video showing the unboxing and setup of a Nintendo Switch which the user had claimed it was delivered to him, by mistake, in advanced by a retailer. IGN has now reported that the console in question was in fact part of a small number of consoles stolen by employees of a U.S. retailer, and that the console was sold illegally to the NeoGaf user in question. Here is the statement given by

Photo of the Week

Video of the Week